210 cases, including one filed against Saad Rizvi, to go... 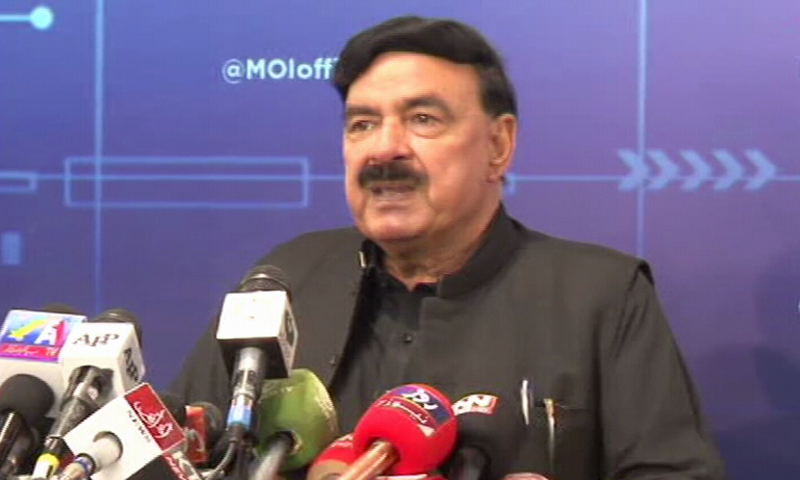 Interior Minister Sheikh Rashid on Wednesday said that 210 first information reports (FIRs) registered against workers of the proscribed Tehreek-i-Labbaik Pakistan (TLP), including against its chief Saad Hussain Rizvi, would “go through the legal process”.

Addressing a press conference in Islamabad, Rashid said 669 out of 733 workers of the banned party who were arrested following violent clashes last week had been released. Most of these workers were from south Punjab and Faisalabad, he added.

He said the workers were released under the terms of an agreement between the government and the TLP, according to which workers arrested under the Maintenance of Public Order (MPO) law would be freed.

However, FIRs registered under the Anti-Terrorism Act — 210 in number — would go through the courts, he said.

Giving further details, the interior minister said 30 cars were burnt in the clashes, while five vehicles taken by the TLP were returned. “The 12 people they had [taken hostage] were returned on April 19. The inspector general of Punjab police is distributing Rs400 million and certificates among the injured policemen.”

Regarding the ban on the TLP, Rashid said the party would file an appeal to the interior ministry within 30 days, after which a committee would be formed to decide the case.

“Today, the state is firmly continuing with its routine. It is not under pressure from anyone. Its writ is established,” he emphasised, warning that whoever tried to take the law into their hands would be dealt with by the state.

The agreement with the TLP was done to “save the country from bloodshed, end the environment of civil war and social media conspiracies”, he said.

“We were in a much better position on Sunday but some anti-state elements from outside the country were doing such propaganda and showing such videos that people in [the videos] themselves came forward later to say they were alive.”

Almost 200,000 people from India were spreading disinformation through social media in Pakistan, the minister said, according to an APP report.

Describing what had led to the breakthrough agreement between the TLP and the government, Rashid said: “Things were resolved amicably because around 600-700 policemen were injured for the first time in Pakistan’s history. [TLP workers] were killed as well but for the sake of the country and Namoos-i-Risalat (sanctity of Holy Prophet PBUH), we sat down again after all our previous efforts had failed.”

He said the TLP also took the matter to its conclusion in a “good way”.

Holding up a copy of the agreement, the minister said “it was agreed that the state would decide on matters related to international relations”, stressing that “no individual, group or party can exert pressure illegally on this matter.”

Rashid said Prime Minister Imran Khan would “take the leaders of Western countries into confidence regarding Namoos-i-Risalat so that a collective plan of action can be decided to make the whole world aware of it”.

He said the premier had also written letters regarding Namoos-i-Risalat to the United Nations, Organisation of Islamic Cooperation and heads of states.

A day earlier, a session of the National Assembly called to debate on the expulsion of the French ambassador from Pakistan — one of the key demands made by the proscribed TLP — was held in Islamabad.

PTI lawmaker Amjid Ali Khan moved a resolution condemning the publication of blasphemous caricatures by French magazine Charlie Hebdo in September last year. It also regretted the French president’s “encouragement of the elements hurting the sentiments of hundreds of millions of Muslims in the name of freedom of expression”.

The resolution asked for a debate to be held on the issue of expelling the French ambassador from Pakistan, and to “apprise all European countries, especially France, of the gravity of this matter”. It further said detailed discussions on the matter should be held with all Muslim countries and it should be taken up jointly on international forums.

“This house also demands that the state should decide matters of international relations and no person, group or party can exert unnecessary illegal pressure in this regard,” Amjid said while reading out the resolution, which also called upon the provincial governments to allocate specific sites for protests in all districts so that citizens’ daily life was not disrupted.

The PTI lawmaker also sought the formation of a special committee to consider the resolution regarding the matter which he termed “highly sensitive”. This motion was adopted.