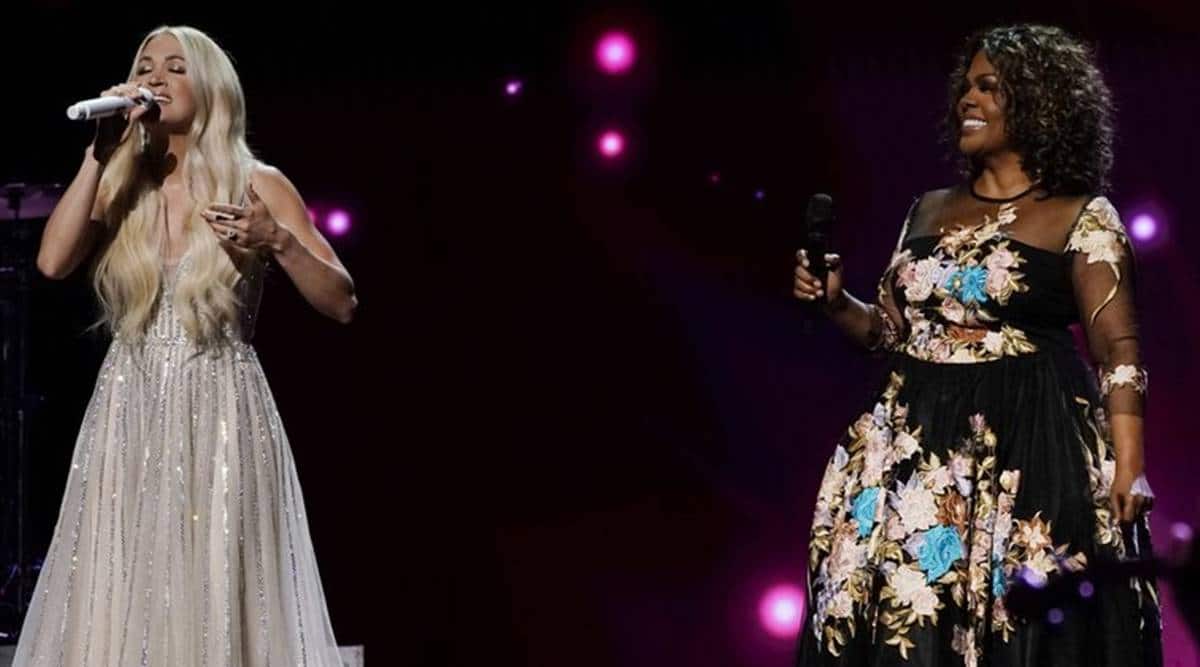 Miranda Lambert, the most decorated artist in the history of the ACM Awards, kicked off the show alongside rock-pop singer Elle King for a fun, energetic performance of their new duet.

CeCe Winans and Carrie Underwood brought the Academy of Country Music Awards to church on Sunday. The gospel legend and country superstar joined forces for a top-notch, powerful performance that was the show’s highlight.

Collaborative moments were a theme during the awards show.