Agreement reached over burials in Sheikhupura village after mob obstructs... 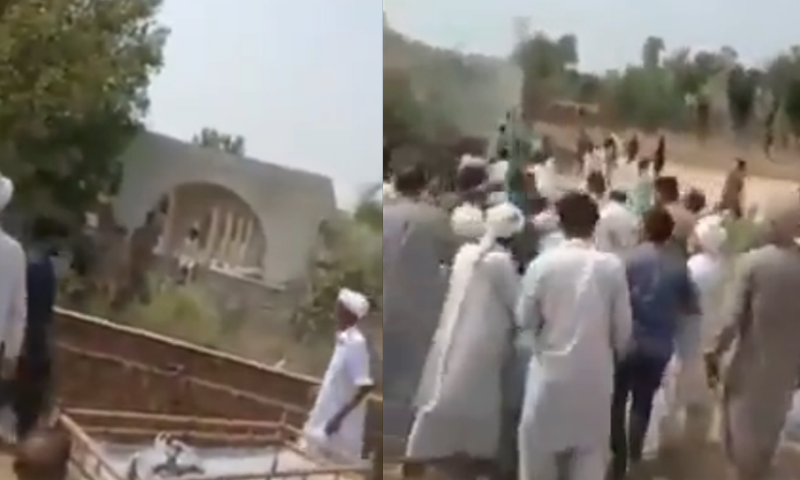 An agreement was reached regarding the burial of members of the Ahmadi community between local ulema and the district administration in Punjab’s Sheikhupura district on Wednesday, days after a mob allegedly tried to prevent the burial of an Ahmadi woman.

The June 5 incident, which took place in a village near Safdarabad in Sheikhupura, was first highlighted on social media, with citizens and celebrities urging authorities to take action against those preventing the burial.

After days of tension between the two groups over the issue, which also saw some people resort to aerial firing, negotiations were held on Wednesday involving religious leaders from both sides, and the Sheikhupura deputy commissioner and district police.

It was decided after the talks “legal action will be taken against the people who took the law into their hands by displaying weapons”, said a statement issued by the spokesperson for Sheikhupura district police, Wajid Ali. It added that as per the agreement, members of the Ahmadi community would bury their deceased in pre-determined sites.

Speaking to Dawn.com, Ali said that the incident took place on June 5 after some locals opposed the burial of the Ahmadi woman in the area of the local graveyard that they claimed belonged to them.

He added that there was no desecration of graves in the incident as had been reported on social media, and that the two sides had reached an agreement.

According to Sadr Anjuman Ahmadiyya spokesperson Aamir Mehmood, the incident took place in Chak 76 of Sheikhupura district. He alleged that some villagers had also made announcements at mosques in the area to not allow the burial of the deceased woman.

When the incident was brought to the notice of Azhar Mashwani — the Punjab chief minister’s focal person for digital media — he said that the “longstanding issue of the graveyard” had been resolved.

He said that according to the report from the district administration, two different areas had been demarcated for both the communities after an agreement between the elders in the presence of the local administration.

“Police and the administration reached as soon as the incident was reported,” he said. When asked about what action was being taken against the perpetrators, Mashwani said that legal proceedings were linked with the complainant’s application.

“Apparently they have withdrawn application/complaint after mutual agreement of both communities and resolution of the issue,” he said.

The episode involving the mob’s obstruction of the funeral prompted criticism on social media.