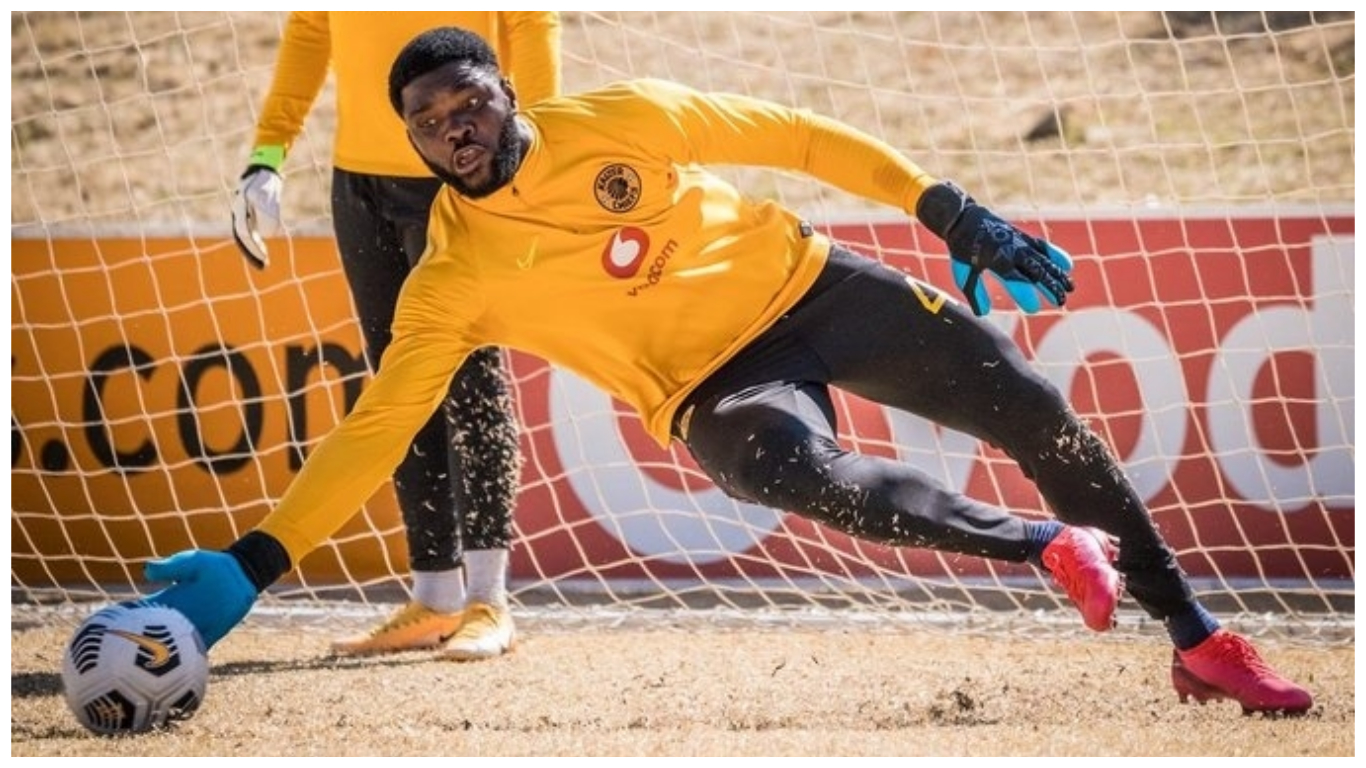 Daniel Akpeyi’s Kaizer Chiefs gave themselves a fighting chance of qualifying for the knockout stages of the CAF champions League after beating Wydad AC 1-0 in a Group C match at the FNB Stadium on Saturday night.

It was a heroic performance from the South African team who ended with nine men on the night as they picked up only their second win the group stages. The victory takes them to eight points, tied with Horoya in second and two behind Group C leaders Wydad.

The match itself got off to a fiery start with neither side prepared to give an inche, which made for a nail-biting clash. Chances on goal, though, were few and far between as both teams squandered possession in the final third.

Chiefs suffered a massive blow in the 40th minute after goalkeeper Akpeyi was shown a straight red card for a tackle on a Wydad player, the referee determining the shot-stopper to be the last man in defence.

Despite being a man down the Amakhosi held their own and managed to get into the half time break locked at 0-0.

The second half saw Chiefs start fast and they snatched a goal three minutes after the restart thanks to a clinical finish from Bernard Parker, 1-0.

After taking the lead Chiefs set their stall out in defence and were prepared to throw all their players behind the ball in an attempt to steal the win.

Wydad, to their credit, threw players forward in attack and were able to fashion some decent goal scoring chances, but their finishing in front of goal was poor.

Chiefs, despite being a man down, really did defend well and looked to hit on the counter-attack with very little success.

The Amakhosi suffered another set-back in the 89thminute when they were reduced to nine men following a second yellow card for Samir Nurkovic.

Nonetheless, Chiefs managed to hold on for a slender 1-0 win which gives them a chance of qualifying for the knockout stages. They are in action again in Group C on Saturday, April 10 against Horoya while Wydad will face Petro Atletico on the same day.