Bilawal calls upon opposition parties to unite against govt 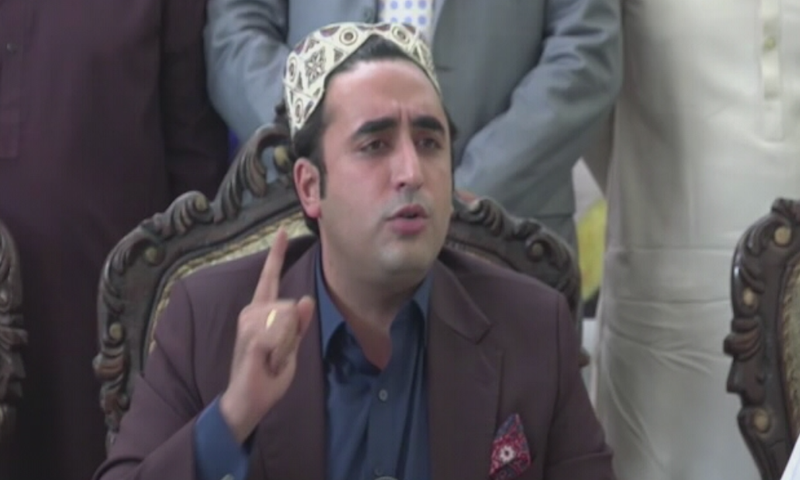 PPP Chairman Bilawal Bhutto-Zardari lamented on Saturday that the PPP was the only political party opposing the incumbent government and called upon the members of the opposition to cast differences aside and unite against the government.

Bilawal, while addressing a press conference in Khairpur, said it had been the “good luck” of the government and Prime Minister Imran Khan that the opposition didn’t move a motion of no-confidence against him after the government’s defeat in the election for the Islamabad Senate seat.

“Sadly, from the Senate elections up until now, only the PPP has been opposing the government and the PTI’s puppet system whether that is in Punjab or the federation.

“We should keep our small and minor issues aside [and] should focus on opposing the government. This was the PPP’s effort since the first day and I believe the entire opposition’s focus should be on this puppet government.”

Bilawal reiterated that it was the PPP’s desire to do opposition together with other political parties, which is why the basis for the Pakistan Democratic Movement (PDM) had been laid down on September 20, 2020.

“I know that it is the propaganda and effort of some parties — a wrong effort — to present the PPP in such a way that we did some deal [with the establishment].

“But you know PPP’s past. We don’t do this kind of politics, and I think that we should not hurl such accusations at each other.”

He said that within the PPP too there were questions and doubts raised by some members about the different parties in the PDM but no attention was given to such voices because “that increases conflicts.”

“We choose to focus on what we agree on and we should choose also to agree to disagree.”

The PPP chairman said engaging in accusations was not “in the favour for any party of the opposition” which is why he resisted from responding to any of them. “Otherwise you know we can give befitting answers for everything.”

He hoped that PDM chief Maulana Fazlur Rehman would recover soon as he had a “very important role to play as the leader of the PDM”.

“He [Fazl] has a very important responsibility to keep his allies together and he does not take side of one party and I know that Maulana is a very senior politician, he has experience and he won’t allow small differences in opinions of parties to deal damage to his alliance.”

Bilawal urged the PML-N to exhibit strength and a “cool temperament”.

“We are happy when PML-N wins any by-election so PML-N should also be happy on PPP’s success and we shouldn’t deal damage to such a grand purpose for which we’ve collected because of small jealousies.”

He said the aim of the PDM was for democracy to flourish, to ensure free and fair elections and protection of the people.

“These goals carry more importance than our small jealousies so I hope today too that Maulana as PDM president will play an impartial, serious and responsible roll in creating unity amongst the opposition”.

The PPP chairman also said his party would talk and engage with whoever the PML-N nominated to be its leader and it did not want to be involved in any fight.

He said the PML-N held important positions of leader of the opposition in the National Assembly and the Punjab Assembly so a contact would need to be maintained with them while engaging in parliamentary politics.