Buhari on unity at Tinubu colloquium 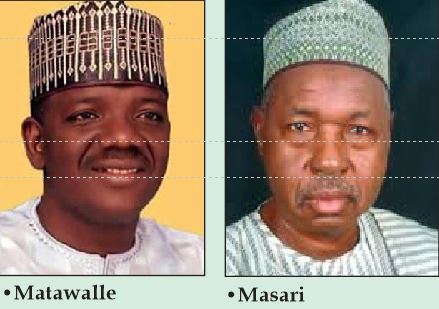 PRESIDENT Muhammadu Buhari consistently misses the point about the factors that conduce to Nigerian unity whenever he responds to fissiparous tendencies and politics. Speaking at the 12th Bola Tinubu Colloquium on the theme “Our Common Wealth:  The Imperative of National Cohesion for Growth and Prosperity”, the president simply preferred admonitions rather than isolating and examining the factors that draw Nigerians apart. According to him, “Despite occasional inter-ethnic tensions in our national history, it seems to me that we have all agreed on one point , that notwithstanding our diversity or ethnicity, culture, language and religion, Nigerians are better, even stronger together…More importantly, I fought for the unity of Nigeria during the civil war – 1967 to 1970, and I saw first-hand the unspeakable horrors of war, not just from fellow soldiers from both sides but from civilians, innocent children, women and the elderly left behind.”

His narration of his war records, including an account of the horrors of war, has become jaded. Nigerians want to know why separatist movements are springing up everywhere, especially at a time when herdsmen are on rampage, and are unchecked. They want to know what his panaceas are. Perhaps soon, before his tenure is over, he will get round to giving the country his honest analysis. Hopefully, too, he will also explain why and how his policies, statements and style have provoked the separatists into fury, and why he futilely relies on arms rather than policies to checkmate separatism. It would be pessimistic to conclude that the president could not offer the desperately needed explanation. Sadly, that is probably the reality the country must contend with. If there is trouble anywhere, the president’s strategy is to declare war, never to seek peace, never to find the root causes of the problem, and never to administer the appropriate anodyne. When he was startled into the reality that the country was disintegrating before his very eyes, he directed that those wielding AK-47 be shot on sight. Bandits? Well, that they should be taken out, together with their sponsors.