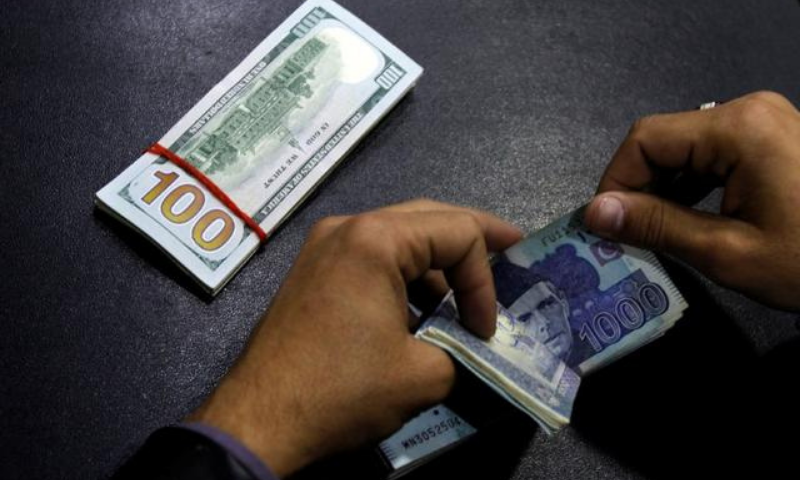 KARACHI: The country posted a current account deficit of $47 million in March for the fourth month in a row, but the first nine months of FY21 remained in surplus territory, raising hopes the fiscal year would not end with an overall deficit.

The data issued by the State Bank of Pakistan (SBP) on Friday showed a current account deficit for March of $47m, which was slightly higher than that of February, of $31m. In January the deficit stood at $229m while the deficit in December 2020 was $625m.

The country has had to accept a number of conditions to borrow much-needed funds from the International Monetary Fund (IMF) and in the process the economy’s managers have had to face criticism despite an improved external account situation, mainly due to fears that the conditions would slow down the economy and adversely affect prospects for economic growth.

In the same period during last fiscal year the deficit was $4.147bn

Experts believe that while the country needs to go for expansion, the IMF is seeking consolidation in the economy that reduces chances for economic growth. The IMF has predicted a growth rate of 1.5 per cent for FY21, while the World Bank has forecast a rate of only 1.3pc. The SBP, on the other hand, has stuck to its earlier stance that growth rate will be 3pc.

New Finance Minister Shaukat Tarin has also said that tough conditions should not be accepted while negotiating with the IMF. He advocates economic expansion and adequate growth rate.

The current government has successfully brought down the current account deficit from a whopping $20 billion in FY18 and it has entered surplus territory, which has strengthened the exchange rate and improved the country’s image in the global market, allowing it to raise $2.5bn through euro bonds.

As opposed to surplus in this fiscal, the current account deficit in the first nine months of the previous fiscal (FY20) was $4.147bn, which clearly indicates that the government has succeeded in improving its ability to pay back loans.

Exports of goods have shown no significant improvement during the first nine months of the current fiscal; exports of goods were at $18.7bn compared to $18.3bn in the same period of last fiscal.

However, imports of goods have shown a strong growth as it has reached $37.4bn against $34.1bn in the same period of last fiscal. The balance on trade in goods is negative, with $18.657bn compared to $15.855bn in the previous fiscal.

Pakistan has been getting robust support from overseas Pakistanis, who have been remitting over $2bn per month during the current fiscal. In the first nine months of FY21, the country received $21.5bn, a growth of 26pc when compared to last year’s remittances. The government expects to receive over $28bn by the end of the current fiscal, which would be much higher than the total proceeds from exports.

Experts point out that the country’s exports could not achieve any significant improvement despite incentives from the government and the State Bank. Shortfall in cotton production of 35pc this year has reduced chances of higher growth in exports.