Decision to secure votes from BAP for Senate opposition leader... 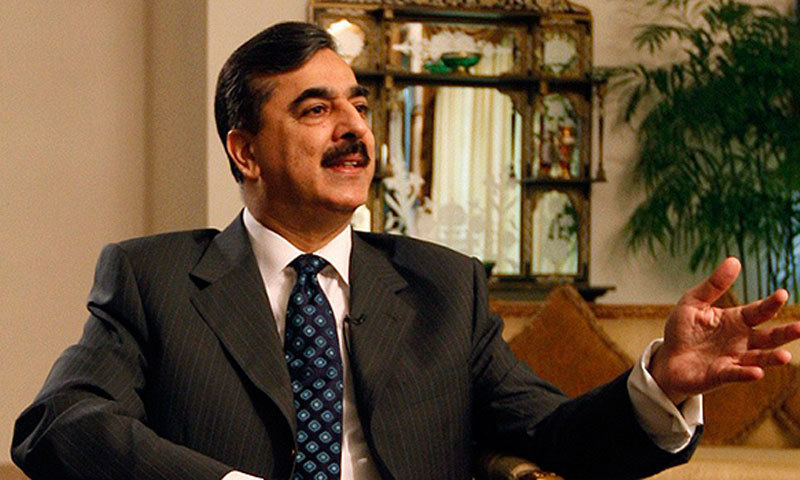 Former prime minister and leader of the opposition in the Senate Syed Yousuf Raza Gilani said on Monday that it was PPP chairperson Bilawal Bhutto-Zardari’s decision to seek the support of Balochistan Awami Party (BAP) lawmakers for his election to the post.

He stated this in an interview on Dawn News programme Live with Adil Shahzeb, where he said he was neither interested in the seat of the Senate chairmanship nor leader of the opposition, but it was Bilawal who made the decision.

Last month, Gilani was declared leader of the opposition in the upper house of parliament — a move that created disagreements in the ranks of the opposition alliance, Pakistan Democratic Movement (PDM), with both the PML-N and PPP publicly claiming their right to the key office.

The PML-N, which had joined hands with other PDM parties and successfully got Gilani elected as a senator after defeating the ruling PTI candidate in the March 3 polls, had criticised the PPP for getting “covert support from the treasury benches” and warned that those betraying the PDM’s objectives would have to pay “a heavy price”.

PML-N secretary general Ahsan Iqbal had regretted in a tweet that instead of taking the PDM parties into confidence, Gilani “found the senators of the BAP to be more trustworthy”. BAP is an ally of the Pakistan Tehreek-i-Insaf (PTI) coalition government in the Centre.

Gilani, who was in a straight contest with PML-N candidate Azam Nazeer Tarar, had earlier denied using the votes of BAP senators, saying he had secured the seat with the support of 30 “opposition” senators. These included 21 members from the PPP, two from the Awami National Party, one from the Jamaat-i-Islami, two independents from erstwhile Fata (Hidayatulla and Hilalur Rahman) and four from the independent group of Dilawar Khan, who had been supporting the PML-N in the past. Other members of the group include Kaira Babar, Naseebullah Bazai and Ahmad Khan.

Speaking in the programme on Monday, Gilani expressed support for the decision to secure votes from BAP senators and said they were disgruntled members who approached Bilawal for the post of leader of the opposition in the Senate. “But what is wrong in taking their support?” he questioned.

Gilani further said that the PDM must stay intact but the decision to resign from assemblies had come out of the blue. He questioned what would be the next move after the resignations came, adding that this was what the PPP’s Central Executive Committee would ask them.

The decision to seek the support of lawmakers allied with the ruling PTI did not sit well with some of PPP’s own lawmakers either, with Senator Mustafa Nawaz Khokhar saying he believed the PPP’s decision to use the votes of “government members” had both harmed the opposition’s cause and damaged the party’s ideological stance.

The PML-N has maintained that the decision that the opposition leader in the Senate would be from the PML-N had been taken by a PDM committee and it had nothing to do with the outcome of the elections of Senate chairman and deputy chairman.

The PPP, meanwhile, admitted that it had previously agreed to giving the office of the opposition leader to the PML-N in return for the nomination of Gilani for the office of Senate chairman. But the situation changed after Gilani’s defeat, it argued.

Following the move, the PDM decided to part ways with the PPP and Awami National Party (ANP) and form a new alliance of five opposition parties having 27 members in the Senate.

The PPP, meanwhile, said that it would not accept Shehbaz Sharif as the opposition leader in the National Assembly if Gilani was not supported by the PML-N in the upper house of parliament.