Expect More Of This: Omoni Oboli Reacts After A Lady...

Following criticisms from some social media users over her romance scene played with veteran actor, Richard Mofe Damijo, Nollywood actress, Omoni Oboli insists that she is set out to do more of this.

A social media user identified as Jules Nkam who watched a movie that featured Omoni Oboli berated her for passionately kissing RMD in the movie despite being a married woman and concluded it is a shame she could do that.

Responding to Jules, Omoni said that her romance in the movie is just a tip of the iceberg and revealed that she is going to play the role of a s.e.x-worker in her next movie. 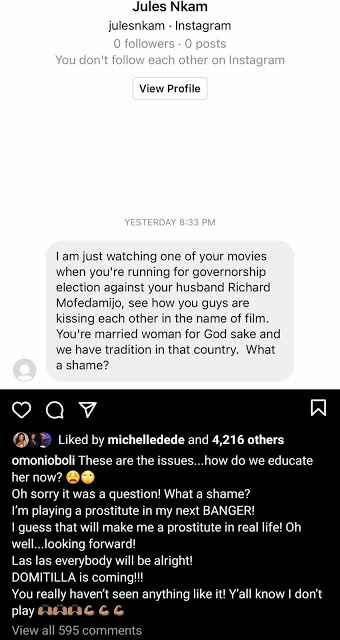 Click Here to read the full Story on Gistmania.com