Gas firms seek up to 220pc hike in prices 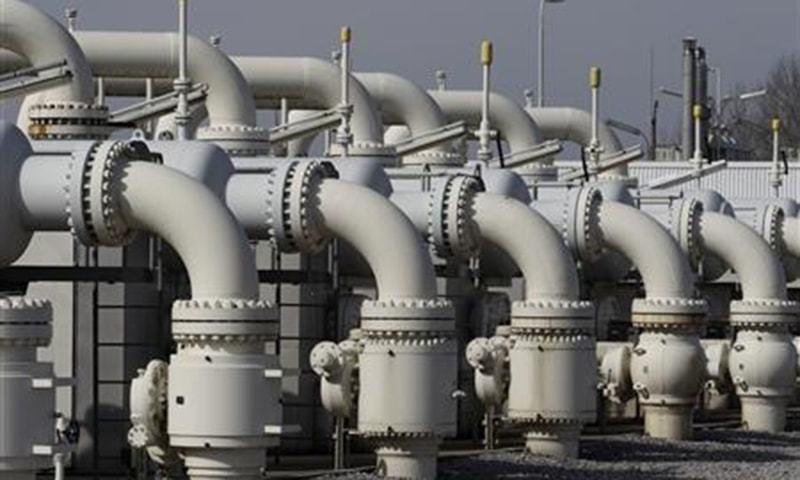 ISLAMABAD: The country’s two gas utilities — SNGPL and SSGCL — have demanded up to 220 per cent increase in the prescribed prices of gas with effect from July 1 to meet estimated revenue requirement (ERR) during the fiscal year 2021-22.

In formal petitions filed with the Oil and Gas Regulatory Authority (Ogra), the Lahore-based Sui Northern Gas Pipelines Limited has demanded that its prescribed price for the next fiscal year be increased by Rs1,416 per unit defined in million British thermal unit (mmbtu), including the previous year’s outstanding recovery of about Rs670 per unit.

The existing prescribed price approved by Ogra for SNGPL, which supplies gas to Punjab and Khyber Pakhtunkhwa, stands at about Rs645 per mmbtu. Its demand if approved by the regulator would jack up prescribed prices by about 220pc to almost Rs2,160. Interestingly, the exclusive rights of SNGPL over its franchise areas of Punjab and KP have expired, but the company has projected Rs42bn for laying 11,500-kilometre distribution mainlines to connect various new towns and villages.

Regulator moves to get stakeholders’ input on demand; it’s not immediately clear whether the rise will hit consumers

Likewise, the Karachi-based Sui Southern Gas Company Limited has sought Rs153 per unit or 20pc increase in its prescribed price for the next fiscal year, from about Rs779 per unit to about Rs932.

The regulator said SSGCL had worked out a revenue shortfall of about Rs35bn for next year to meet its revenue requirement of about Rs252bn against gas and operating cost and return on assets, hence an increase of Rs110 per unit in prescribed price with effect from July 1. The cost of gas is linked to international price of crude oil or fuel in accordance with the government’s agreements with gas producers.

SSGCL has also estimated RLNG cost of service at Rs16.7bn or 43.38pc per unit with effect from July 1. Moreover, the exclusive rights of SSGCL in its franchise areas of Sindh and Balochistan have expired under its licence. However, the company has projected Rs1.044bn for laying 278km distribution mainlines to connect various new towns and villages. The regulator is now seeking input from various stakeholders, including consumers and the government, on the two gas companies’ demand for the increase in prescribed prices and whether their demands for distribution system expansion are justified given the falling gas production and expiry of their exclusive rights for gas sale.

It may be recalled that Ogra had in February allowed only Rs13.42 per unit increase in SNGPL’s prescribed price against its demand for a 123pc increase. The increase was determined at the request of the gas utility on the basis of its ERR for the financial year 2020-21. The regulator said it provisionally determined the shortfall in revenue required for SNGPL at Rs4.35bn after working out its revenue requirement at Rs228.7bn and prescribed at Rs644 per mmbtu.

SNGPL had then demanded an increase of Rs773.5 (123pc) per unit, but the regulator did not allow the company’s previous year’s shortfall of Rs197bn and referred the matter to the federal government for a policy decision. The company now says the previous revenue shortfall has since then increased to Rs254bn pending a policy decision by the government.

Ogra had last month put on record that the government had allowed insufficient revisions to its determined sale rates and resultantly SNGPL remained unable to meet the shortfall determined by Ogra. “Accordingly, the backlog is persistently piling up,” the regulator had noted, adding that “in case the federal government decides not to burden the consumers, it may please alternatively consider payment of subsidy to the company to meet its previous years’ shortfalls”.

However, the prime minister later decided not to increase the consumer gas rates for a couple of months given the fact that consumer prices are revised under the law on a biannual basis i.e. January 1 and July 1 of each year. The government has given an understanding to the International Monetary Fund to revise gas rates on first of July 2021 in line with the regulator’s determinations.