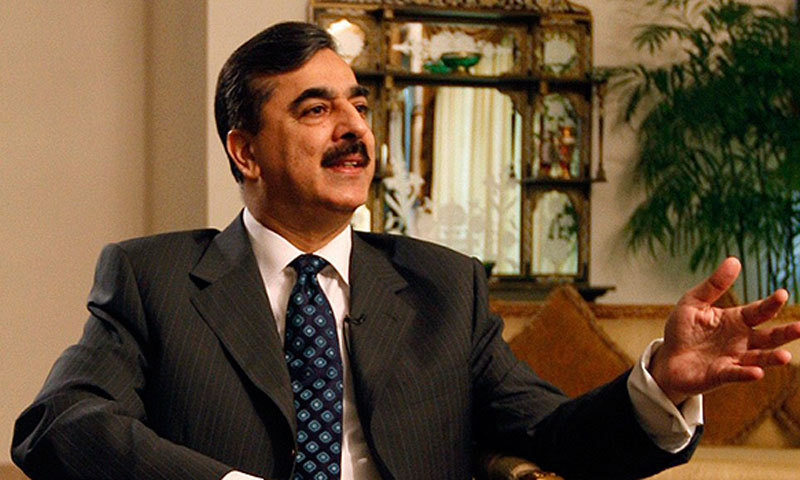 The high court has accepted the petition, and IHC Chief Justice Athar Minallah will preside over the hearing scheduled for March 24 (Wednesday).

The petition urged the IHC to declare the results of the election as well as the decision to make Sadiq Sanjrani the Senate chairman “null and void”.

The petition also called upon the IHC to declare the rejection of the seven votes for Gilani as unlawful and thus return him as a candidate for the office of the Senate chairman.

The petition stated that the rejection of the seven votes which were “unambiguously and unequivocally casted in the favour of the petitioner” was illegal and and unlawful. It argued that the result of the election was “contrary to the law and the Constitution” thus it should be set aside.

The petition claimed that the presiding officer and the Senate secretary had shown their actions to be “malafide”. “[They] had unequivocally allowed casting of vote through stamping in the box of the desired candidate and specified no place where the stamp had to be affixed yet when it came to counting of the votes, seven votes were rejected,” it stated.

“The arbitrary rejection of votes is an attempt to disenfranchise the representatives of the people of Pakistan, it is an attempt to steal the elections with the use of the election machinery itself. This conduct is contrary to Article 19 of the Constitution and if kept unchecked will be tantamount to the
collapse of the very basic tenants and structure upon which our Constitution is based,” it said.

The petition also argued that a perusal of the rejected votes showed that the intention was to vote for Gilani and no one else.

The petition argued that if “the respondents are allowed to get away with their unlawful activities” then it would allow for practices such as open rigging, threats and snatching of ballot papers to transpire in the floor of the upper house.

“The respondents have attempted to abuse the process of law and are continuing to do so in depriving the petitioner of his lawfully acquired post,” it alleged.

The petition stated that the election for the Senate chairman could not take place without the due process of the law and in violation of Articles 4 and 10-A of the Constitution. “The decision of the presiding officer in rejecting the votes is a judicial decision made in gross violation of the law […] and hence amenable to judicial review,” it said.

The Pakistan Democratic Movement’s (PDM) joint-candidate for the Senate chairman election, Yousuf Raza Gilani, had lost the election to the PTI-backed Sanjrani after seven votes of his were rejected by the presiding officer.

The opposition had immediately challenged the result of the election but were overruled by the presiding officer who said the votes had been rejected rejected because they were not stamped correctly. With a total of eight votes rejected, Gilani received 42 valid votes, while Sanjrani won the election after bagging 48 votes. In total, 98 senators voted in the election.

The issue roused controversy in the opposition ranks with the PPP vowing to challenge the result in the high court.