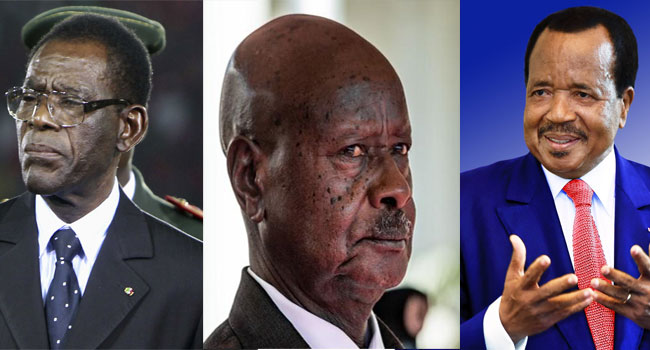 After three decades in power, Chad’s President Idriss Deby Itno died on Tuesday from wounds suffered on the battlefield, the army said in a shock announcement just a day after the 68-year-old was re-elected to a sixth term.

Here are some of Africa’s other longest-serving leaders, some of whom change the constitution, crush the opposition and use fear and violence to maintain their grip on power.

Equatorial Guinea’s Teodoro Obiang Nguema is Africa’s longest-serving leader, still in power after 41 years. He deposed his uncle in a 1979 coup, and became “the country’s god” with “all power over men and things”, state radio said.

Click here to read the full story from channelstv.com