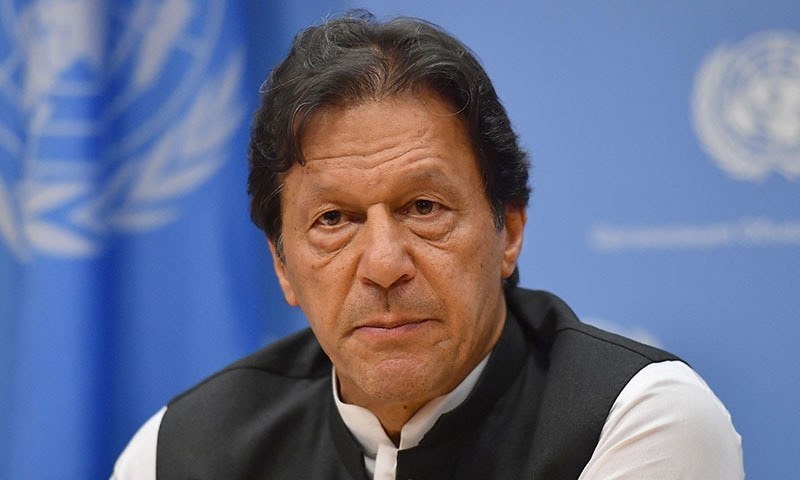 The Human Rights Commission of Pakistan (HRCP) on Tuesday said it was appalled by Prime Minister Imran Khan’s remarks linking the incidence of rape to obscenity.

“This is unacceptable behaviour on the part of a public leader,” said the body in a statement.

“Not only does this betray a baffling ignorance of where, why and how rape occurs, but it also lays the blame on rape survivors, who, as the government must know, can range from young children to victims of honour crimes.”

“We demand an immediate apology and renewed commitment on the government’s part to tackling rape as it should — as an act of violence, of power,” the statement added.

Prime Minister Imran over the weekend held a two-hour long question and answer session with the public, during which he was asked about what steps the PTI-led government had taken to prevent rape and child abuse.

After denouncing crimes against women and children, the premier said that sexual violence was a product of ‘obscenity’, which he described as a Western and an Indian import.

The premier also spoke of religion and the concept of ‘purdah’ in Islam. It is to remove “temptation” from society because “not everyone has willpower”, he said.

His words did not sit well with some members of the civil society, including lawyer and activist Jibran Nasir who said “rape is a result of power imbalance not temptation”.

“Rapists control their urges when they’ve fear of retribution, accountability and conviction and when they’re made free from such fears due to gendered social structures just like ours, they’ll even rape an infant,” he tweeted.

According to statistics shared by Sahil, an organisation working for child protection, in August last year, as many as 1,489 children, at least eight per day, were sexually abused in the first half of 2020 in Pakistan. The victims included 785 girls and 704 boys. The abusers were acquaintances of the victims or victims’ family in 822 cases while strangers were involved in 135 reported cases.