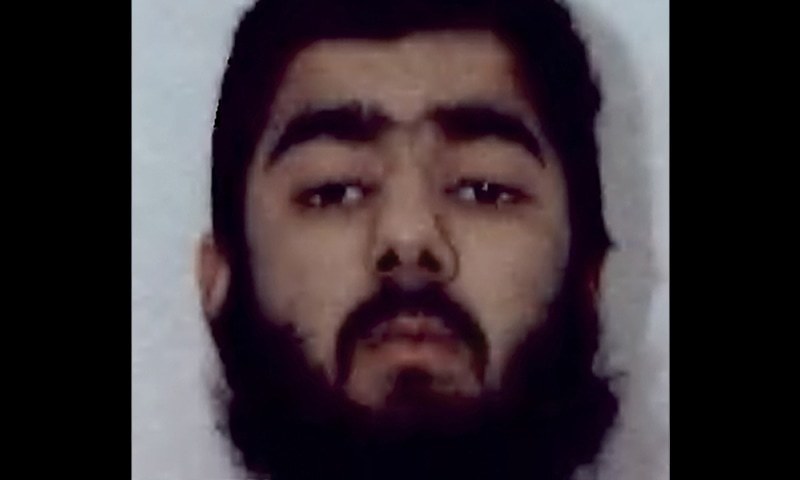 An inquest into the death of London Bridge terrorist Usman Khan has found that he was lawfully killed by armed police who “believe he was trying to find a trigger” on a suicide vest when they shot him dead.

Khan, 28, had stabbed two people to death in a 2019 attack that caused fear and panic across London.

The inquest heard that officers fired at Khan “20 times” after he stabbed prison rehabilitation workers Jack Merritt, 25, and Saskia Jones, 23, at an event at the Fishmongers’ Hall in November 2019.

Jurors concluded that the police action was a lawful killing, on the grounds that officers who shot Khan believed it was necessary to protect themselves and the public.

Police feared Khan might detonate a suicide belt, the inquest heard. It later emerged that it was fake. Reports quoted one police officer, granted anonymity as is routine in an inquest, as saying that Khan told him “I’ve got a bomb.”

The officer, identified as PC YX99, had worked as an armed officer for under two years. He described how he discovered a “belt, copper wire, containers and what looked like white plasticine” when he searched Khan.

“I thought the bomb was 100pc real and that he would detonate it and we were all going to die,” he was quoted as saying. “The last thing I remember thinking is, it’s going to hurt and also thinking, try and shoot him, get people off and shoot him. You are relying on muscle memory and training to make the best of a situation that you can.”

During the inquest, it emerged that MI5 had intelligence that Khan was plotting an attack and wanted to “die and go to paradise”. However, the inquest heard that the intelligence was said to be “uncorroborated” and of “unknown validity”.

Reports suggest that Khan had been freed from prison on an electronic tag and that he was wearing a fake suicide vest when he attended the criminal justice conference near London Bridge. He then began stabbing fellow delegates with two large knives.

Khan is thought to have attended the morning session and participated in workshops in which he described his experiences as a prisoner, before launching his deadly attack without warning just before 2pm. Offenders imprisoned for public protection have to spend a minimum term set for them in prison. Once they complete their tariff, they can apply to a parole board for release.

The parole board releases an offender only if it is satisfied that it is no longer necessary for the protection of the public for the convict to be confined. If offenders are given parole, they will be on supervised licence for at least 10 years.

Initially, Khan was classed as never to be released unless deemed no longer a threat, but this condition was later removed. He was freed on licence in December 2018.

Khan was from Staffordshire and was part of a gang of nine extremists from Stoke-on-Trent, Cardiff and London who were sentenced in February 2012 at Woolwich crown court. According to the sentencing remarks, he had planned to establish a “terrorist military training facility” on the land owned by his family in Kashmir.

Khan’s family hailed from Pakistan, and was laid to rest in his ancestral village Kiljani a month after he was killed as his family did not wish to bury him in the United Kingdom.

Khan appears to have left school with no qualifications after spending part of his late teens in Pakistan, where he lived with his mother when she became ill.

On his return to the UK, he started preaching ‘extremism’ on the internet and attracted a significant following. The judge who had examined the sentencing appeals of Khan and the other convicts in 2013 had said that the Stoke defendants, which included Khan, were recorded discussing terror attacks overseas.

On December 15, 2010, Khan had been monitored by UK authorities in conversation about how to construct a pipe bomb from a recipe referred to in an Al Qaeda publication.

Authorities also heard Khan seeking to radicalise another male and making clear his intentions to travel abroad to a training camp which outwardly appeared to be a madrassah. The Stoke group, which included Khan, were to fund the camp and recruit men for it. The court noted that “Khan expected only victory, martyrdom or imprisonment”.