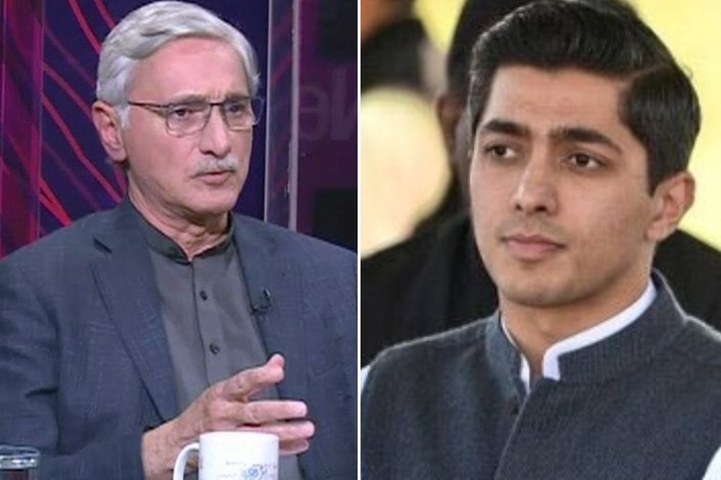 Estranged PTI leader Jahangir Tareen and his son, Ali Tareen, were granted bail by a Lahore sessions court and a banking crimes court on Saturday in different cases registered against them by the Federal Investigation Agency (FIA).

According to FIRs dated March 22, copies of which are available with Dawn.com, two separate cases were registered under sections 406 (criminal breach of trust), 420 (cheating of public shareholders) and 109 of the Pakistan Penal Code (PPC), read with sections 3/4 of the Anti Money Laundering Act, against Tareen and his son.

Additional Sessions Judge Hamid Hussain presided over the hearing of the petition by the two to seek interim bail. The court stopped the FIA from arresting them and further sought a full record of the case from the FIA ​​by April 10.

A banking crimes court also granted bail to the two till April 7 and sought the record of the case from the FIA.

Barrister Salman Safdar appeared in the court on behalf of the two to deliver their stance. “The FIA has registered a false and baseless case and no illegal act has been named in the baseless case,” he argued.

Barrister Safdar requested the court to accept their bail petition and prevent their arrest.

Tareen, while speaking to the media outside the court, said he had nothing to do with accusations against him. He claimed that it was not the job of the FIA to investigate the decisions of his company but it was the job of the Securities and Exchange Commission of Pakistan and the Federal Board of Revenue.

“The FIA ​​has started an investigation by deliberately using the word money laundering. We have appeared, we will present our position before the court and we will be happy to do so. We will prove it in court that the case is baseless.”

He questioned why only his sugar mills were being highlighted and decisions from 10 years ago were being raised and challenged. He claimed that there was no problem with the other “80 sugar mills” and that a media trial was being run against him.

One of the complaints by the FIA had stated that Tareen had fraudulently misappropriated shareholder’s money after his company — JDW group — transferred Rs3.14 billion to an associated private company identified as Farooqi Pulp Private Limited (FPML).

The FIR had stated that the private company was owned by his sons and close relatives. Additionally, it had said that Tareen, his son and another family member had purchased cash (US dollar) from the open market in Lahore in a “structured manner”.

The second FIR had said that “voluminous withdrawals amounting to at least Rs2.2bn were fraudulently and dishonestly made through a trusted cash rider”, and large amounts had been deposited into the personal and business accounts of Tareen and his family members.

Last year, a sugar inquiry commission, headed by FIA chief Wajid Zia and comprising officials from other institutions, was set up on the orders of Prime Minister Imran Khan to investigate the reasons behind the soaring price and shortage of the commodity in the country.

The commission’s report, which was made public by the government in April 2020, had exposed multiple wrongdoings within the sugar industry and implicated key government and opposition political figures, including Tareen, PML-Q MNA Moonis Elahi, federal minister Khusro Bakhtiar and PML-N President Shehbaz Sharif’s son, Hamza Shehbaz.