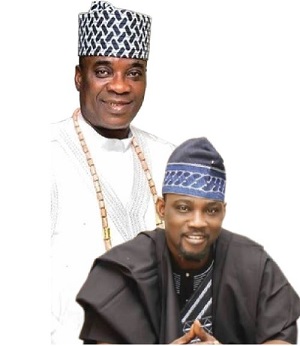 For years, there was bad blood between Mayegun Wasiu Ayinde, better known as K1, and Alhaji Ajibola Pasuma, and that divided their fans also. You can’t leave them in the same room and expect the room not to collapse. But all that is now in the past as the two Fuji musicians seem to be smiling with one another at the moment.

Before things went messy between the two, K1 took Pasuma as a son. It was learnt that Pasuma’s decision to declare himself as Oga Nla 1 of Fuji music was one of the things that angered K1 who felt he was being rude to him. It became so bad that once K1 knew Pasuma would be sharing the same stage with him, he would do everything to frustrate it.