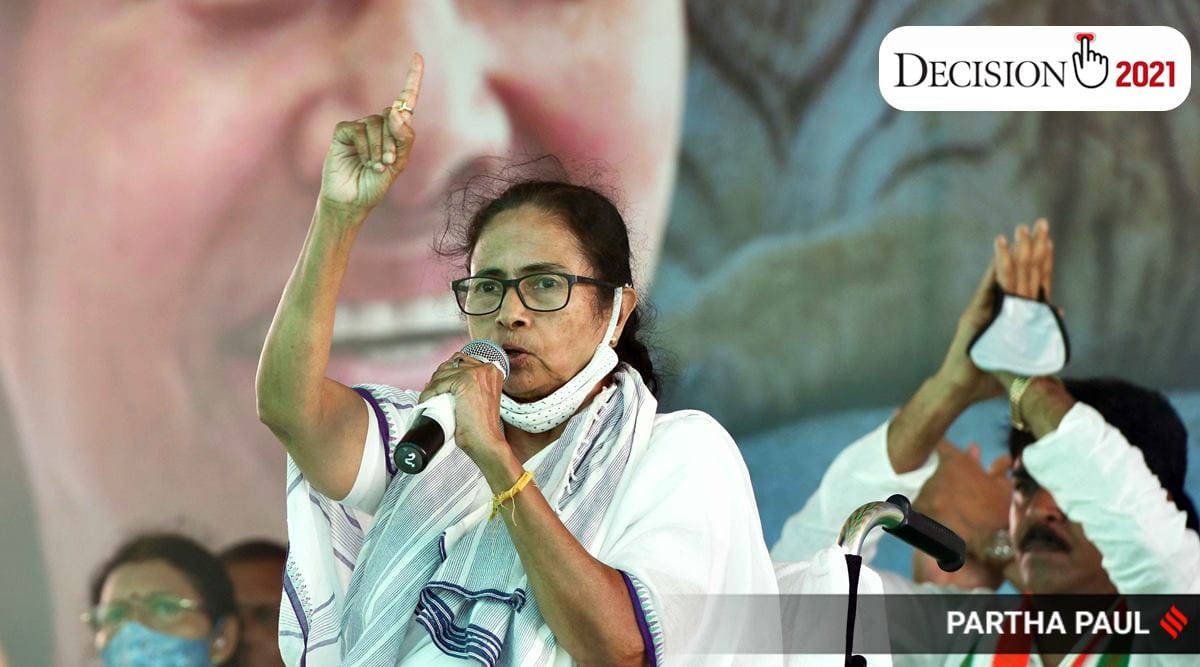 The Chief Minister made the remarks while addressing three rallies across the state on Saturday — in Tarakeswar in Hooghly, and in Raidighi and Kulpi in South 24 Parganas.

Chief Minister and Trinamool Congress chief Mamata Banerjee on Saturday urged Muslims to not allow a division of votes and asked Hindus to be on the guard against the BJP’s attempts to “instigate communal clashes”. Without naming the Asaduddin Owaisi-led AIMIM and Abbas Siddiqui-led ISF, she claimed the saffron party has engaged two Muslim leaders to divide the minority vote in West Bengal.

While asserting her Hindu identity in a bid to counter the allegation of minority appeasement, the Chief Minister also urged Muslims to not “allow anyone to divide your votes”. “The leader who came from Hyderabad and the one who joined hands with the Left Front and the Congress are helping BJP in the state by dividing the minority votes. Please don’t allow anyone to divide your votes. We must win more than 200 seats,” she said in Raidighi.