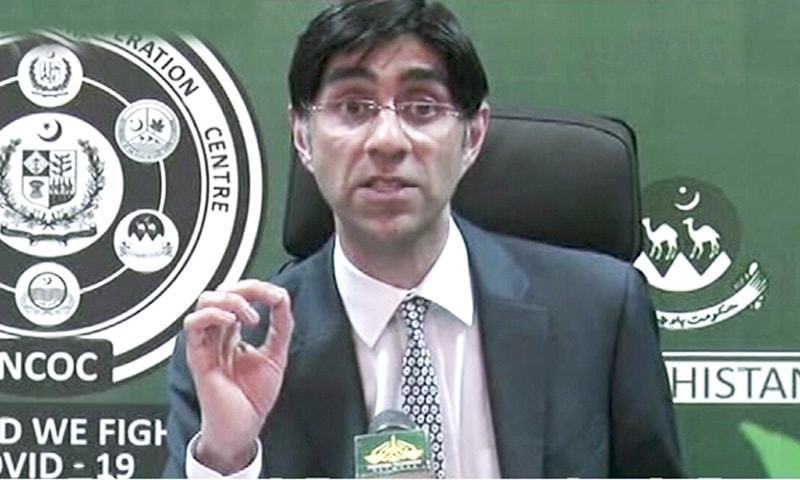 Special Assistant to the Prime Minister on National Security Dr Moeed Yusuf on Thursday denied media reports of him being considered for Pakistan’s new high commissioner to India.

Tweeting a link to a story by The News — which has since been deleted — the PM’s aide stated that the rumour was “totally made up and baseless”.

“I know it’s too much to ask for a news story to be fact checked before publication these days, but at least the story shouldn’t defy all logic,” he said.

Quoting sources, the report had stated that a “non-career” diplomat was likely to be posted, adding that Yusuf could become the first to be posted in New Delhi.

Yusuf was appointed the PM’s aide on national security in December 2019. He was formerly the associate vice president of the Asia centre at the US Institute of Peace in Washington DC.

The author of “Brokering Peace in Nuclear Environments: US Crisis Management in South Asia”, Yusuf has taught at Boston University, George Washington University, and Quaid-i-Azam University, Islamabad. He has also worked at the Brookings Institution, a Washington-based think tank.

He holds a Masters in international relations and a PhD in political science from Boston University.

He has also consulted for the Asian Development Bank, World Bank, and the Stockholm Policy Research Institute, among others.