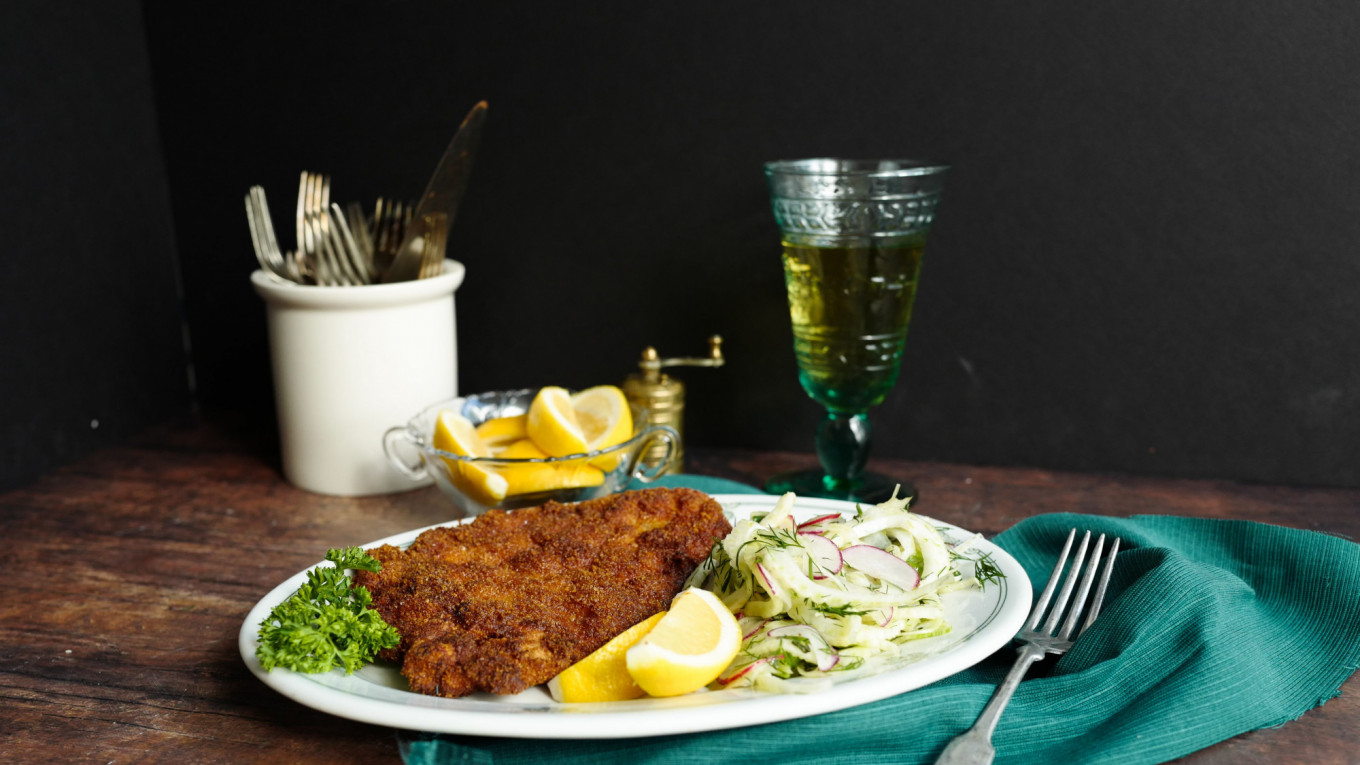 A bistro favorite in Russia and around the world.

This, of course, was Wiener Schnitzel, or “Vienna Schnitzel,” which along with Sacher Torte and the aforementioned apfelstrudel is one of the key culinary hallmarks of Austrian cuisine. Wiener Schnitzel is always made with veal, but the word “schnitzel” means “little cutlet” and schnitzel is just as often made with beef, pork, or game (called “hunters’ schnitzel”) or my particular favorite thing: chicken schnitzel, which in Austria is known as “poor man’s” or “janitor’s schnitzel.”  But though Vienna has laid a strong claim to schnitzel, its origins are much older than Austria and lie far from Vienna.