No end to woes of automobile buyers 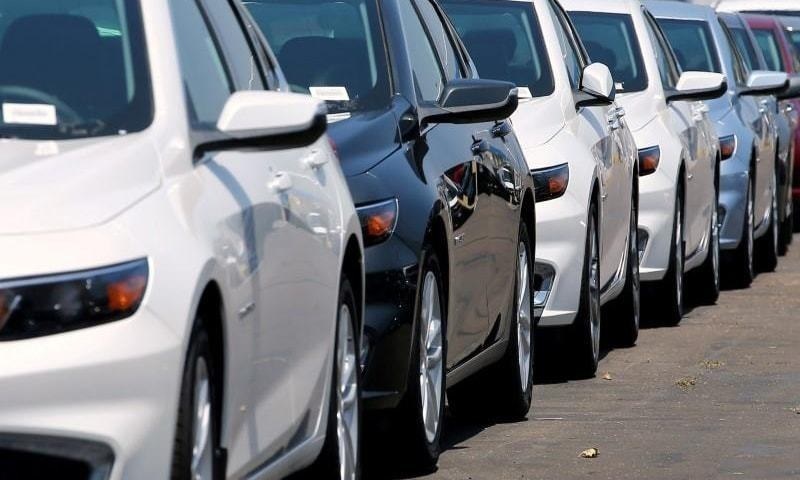 KARACHI: Amid a boom in the auto sector, rising production and massive booking of vehicles, a number of issues relating to late deliveries, soaring prices, vehicles’ recalls, booking stoppage and non-issuance of number plates etc continue to haunt consumers.

After a possible brisk ending of the current fiscal year especially in cars and SUVs, the next first half of FY22 also appears quite promising keeping in view a huge demand and bookings in hands of the auto assemblers.

Late deliveries, skyrocketing prices and recalls are the bane of booming auto sector

He said the company had, however, kept the prices of other variants unchanged. Mr Usman said the prevalent macroeconomic situation facing the world as a result of Covid-19 has significantly affected input variables and subsequent increased production cost.

A Toyota dealer said that Revo and Fortuner prices had been increased owing to cosmetic changes and facelift in the models.

IMC, in the last week of May, also extended a special service campaign relating to “fuel pump replacement” which was initiated in June 2020.

On Tuesday, IMC assured overseas Pakistanis for getting delivery of any Toyota vehicles under Roshan Apni Car scheme within 30 days. However, one of its dealers said that for local buyers, the delivery time for Toyota Yaris is one month followed by three to four months in other models.

Hyundai Nishat Motors Ltd (HNML) had also undertaken recall campaign for Hyundai Tucson. It had informed the owners that their vehicles may have a possible malfunction in the ABS module which could potentially short circuit and asked the owners to take their vehicles to the dealership for the installation of enhanced protective kit and upgrade the electric control unit and AVN software free of cost.

Besides suspending the booking of Hyundai Tucson, HNML has also communicated to its buyers regarding reasons of late delivery.

The Government of Pakistan, Law and Justice Division issued an ordinance (VI of 2021 dated Feb 12, 2021) that requires every Motor Vehicle Registering Authority of Excise and Taxation Department to collect advance tax from the buyers of locally manufactured motor vehicles who subsequently sell it within 90 days of delivery of such vehicle whether prior to or after registration at the rates specified in Division of Part IV of the First Schedule. The ordinance clearly states that it shall come into force at once.

Car dealers said that surprisingly, this amount is not being collected by the Registration Authority in Karachi for reasons not known. However, in Islamabad, the same is being collected. No idea of Lahore and others, they added. Secondly, neither original number plates are being issued nor the newly introduced computerised registration card that replaced the blue registration book by the registering authority and this has continued for years and years, they said. An official in a Korean car assembling units said some fresh registration plates are available while old plates are still pending.