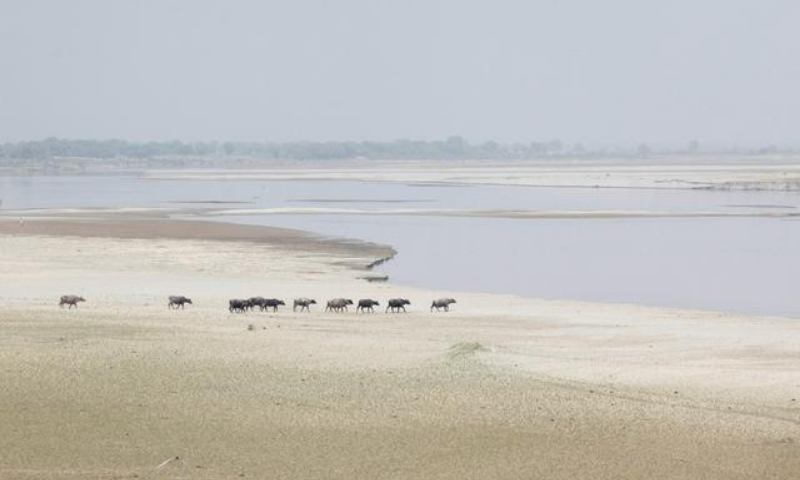 Pakistan and India have decided to make efforts to resolve water issues related to the River Indus and to conduct tours of inspection, the Foreign Office said in a statement on Thursday.

In the 116th meeting of the India-Pakistan Permanent Indus Commission (PIC), held in New Delhi after a gap of over two years, a host of issues related to the 1960 Indus Water Treaty (IWT) were discussed.

The two sides also agreed to hold the next meeting in Pakistan.

According to the FO statement, Pakistan reiterated its objections to Indian projects, including Pakal Dul, Lower Kulnai, Durbuk Shyok, and Nimu Chilling.

The Pakistani delegation, headed by Pakistan Commissioner for Indus Waters Meher Ali Shah, “urged the Indian side to share data of flood flows as per the provisions of the Indus Water Treaty following the practice in vogue since 1989”.

“Pakistan side emphasised the importance of early resolution of the outstanding issues in accordance with the provisions of the IWT,” the FO added.

An eight-member Pakistani delegation headed by Shah had departed for New Delhi on Monday to hold talks with the Indian side led by P. K. Saxena.

The last round of talks was held in Lahore in 2018 and ended with no progress over the long-running dispute.

After the 2018 meeting, a Pakistani delegation was invited by India to inspect the sites of the hydroelectric projects being constructed by India on Pakistani rivers.

Later in February 2019, Pakistani experts headed by the commissioner on Indus waters had inspected four hydropower projects at Chenab basin in India, including Pakal Dul, Lower Kalnai, 850MW Ratlay, and 900MW Baglihar dams. The construction work on Pakal Dul dam, which was earlier stopped, had resumed at that time.

Under the Indus Water Treaty, the two commissions should meet each year alternately in Pakistan and India.

The two longtime rivals share the water of six rivers under the Indus Water Treaty, a water-sharing agreement brokered by the World Bank in 1960.

Under the agreement, the waters of the eastern rivers — the Sutlej, Beas and Ravi — have been allocated to India, while Pakistan has been given control over the three western rivers — the Indus, Jhelum, and Chenab.

Pakistan accuses India of “continuously” violating the treaty by building dams on the western rivers, whereas New Delhi thinks Islamabad controls more water than it as a result of the treaty.

The two-day meeting was viewed as an important development in the wake of recent statements by Prime Minister Imran Khan and Army Chief Gen Qamar Javed Bajwa in which they reiterated Pakistan’s position on the relationship with India and called for resolution of the disputes through dialogue. Both the Pakistani leaders have nonetheless asked India to take the first step by agreeing to resolve the Kashmir issue according to the wishes of its people.