Pakistan ready for talks with India if it gives roadmap... 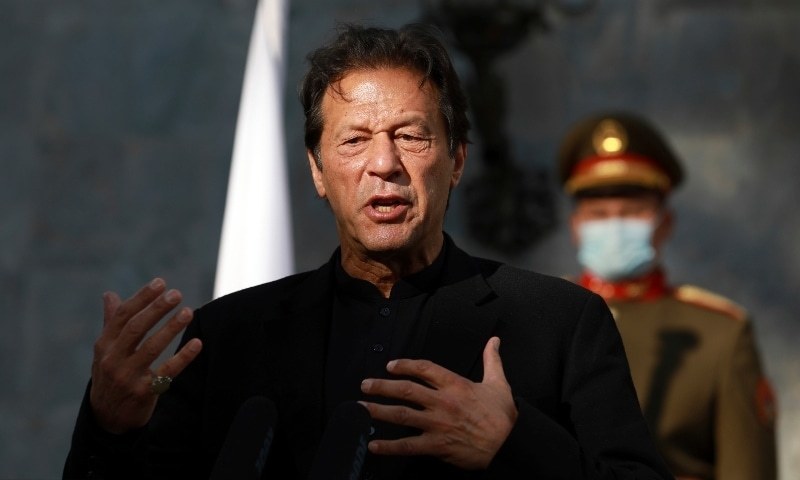 Prime Minister Imran Khan said on Friday that Pakistan is ready to restart talks with India if Delhi provides a roadmap towards restoring the previous status of occupied Kashmir.

“If there is a roadmap, then, yes, we will talk,” the premier told Reuters at his official residence in Islamabad.

In 2019, India withdrew Indian-occupied Kashmir’s autonomy in order to tighten its grip over the territory, sparking outrage in Pakistan, the downgrading of diplomatic ties and suspension of bilateral trade.

Previously, Prime Minister Imran and his government have held that India would have to first reverse its 2019 steps for any normalisation process to begin.

Related: Normalising relations with India at present would be a major ‘betrayal’ to Kashmiris: PM

“Even if they give us a roadmap, that these are the steps that we will take to basically undo what they did, which is illegal, against international law and United Nations resolutions … then that is acceptable,” Imran said.

India’s external affairs ministry did not immediately respond to Reuters‘ request for comment.

Prime Minister Imran said he has always wanted a “civilised” and “open” relationship with India.

“It is common sense that if you want to reduce poverty in the subcontinent, the best way is to trade with each other,” he said, referring to the example of the European Union.

He said India had crossed a “red line” by revoking the autonomy of occupied Kashmir. “They have to come back for us to resume dialogue,” Imran said, adding, “at the moment there is no response from India.”

Prime Minister Imran had made similar remarks last week, saying Pakistan could not restart trade with India at the cost of the blood of Kashmiris spilt by India, and that any normalisation under the current circumstances would be a major “betrayal” to the people of the occupied region.

Earlier this year, Indian officials said the two governments had opened a backchannel of diplomacy aimed at a modest roadmap to normalising ties over the next several months.