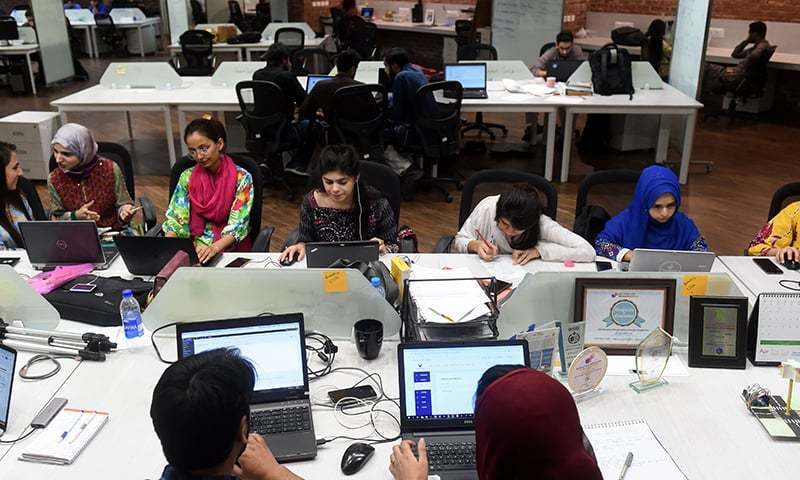 ISLAMABAD: The GSMA Innovation Fund for Mobile Internet Adoption and Digital Inclusion announced three Pakistani startups as winners out of the 597 applications received from 44 countries.

By 2023, the economic contribution of the mobile industry in Pakistan is expected to reach $24 billion, accounting for 6.6 per cent of GDP, he added. In an effort to stimulate this growth, Pakistan has recently moved forward with significant mobile services tax reforms.

“As we saw in the GSMA 2020 Digital Societies Report, which tracks the progress of 11 focus countries in Asia Pacific, Pakistan is advancing its societal, economic and digital ambition, as outlined in Digital Pakistan Vision,” Mr Gorman said.

The GSMA report on digital society index has tracked Pakistan in achieving one of the highest increases in its overall score.

Federal Minister for IT Syed Aminul Haq said that that Ministry IT & Telecom (MoITT) lauded the efforts of the Global System for Mobile Communications Association (GSMA) for its efforts to bring revolutionary changes in the field of telecommunication in Pakistan.

He informed about the reforms taken by the government in telecommunication sector in Pakistan that has facilitated the investors in broadband and the telephony sectors.

He said the “Right of Way Policy” has been implemented by the government, which was one of the demands of the telephony and internet service providers for the last 24 years.

Mr Haque added that steps were being taken to provide 3G and 4G services across the country and Corona pandemic has changed the economic and social map of the world and now the priorities have changed in many areas but information technology and telecommunication is a sector whose formula has not changed and its use and the trend has increased tremendously.

The IT minister said that it is a matter of pride for us that not only national but also international organisations are acknowledging the projects of the MoITT.

The World Economic Forum (WEF) ranked Pakistan among the best countries in terms of the affordability of ICT services.

“ITU has announced Pakistan’s National Incubation Centers ‘Ignite’ as one of the champion of projects of its environment category at World Summit on the Information Society Prizes 2021,” he added.