PM Imran 'puzzled at cacophony' over Pakistan's exclusion from global... 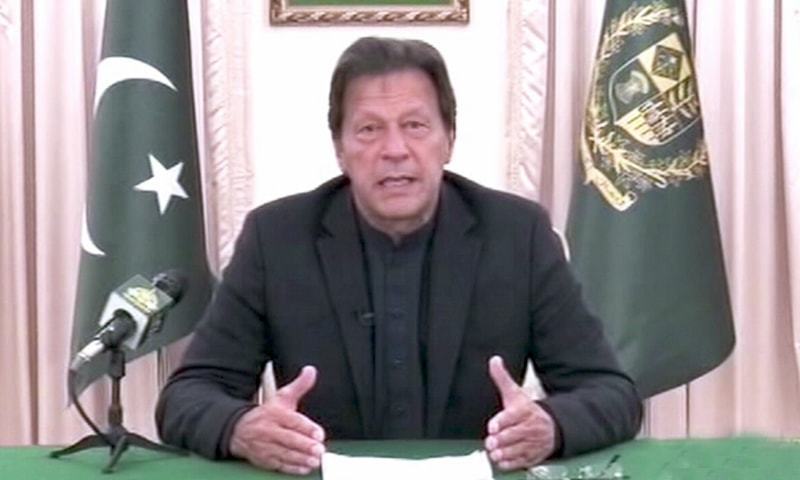 Prime Minister Imran Khan said on Saturday that he was “puzzled at the cacophony” over Pakistan not being invited to a conference on climate change.

“My government’s environment policies are driven solely by our commitment to our future generations of a clean & green Pakistan to mitigate the impact of climate change,” the premier said, citing the examples of the Clean and Green Pakistan campaign and the 10 Billion Tree Tsunami initiative.

The prime minister’s statement comes days after it was announced that US climate envoy John Kerry will travel to Abu Dhabi, New Delhi, and Dhaka from April 1 to 9 in an effort to narrow differences on climate change goals to slow global warming.

Kerry’s schedule did not mention talks with the leadership of Pakistan, which is one of the most vulnerable countries in the world to climate change.

The development came on the heels of the announcement of a climate summit called by US President Joe Biden later this month (April 22-23) for which he has invited 40 world leaders, including those from India, China and Bangladesh, but not Pakistan.

The summit is one of two major international events on climate change. The United Nations is also scheduled to hold an event, the 26th Conference of the Parties (COP-26) to the UN Framework Convention on Climate Change later this year and Pakistan, as a UN member, will be invited to this event.

Comment: Why was Pakistan left out of Biden’s climate summit?

“We have gained vast experience in seven years, beginning with Khyber Pakhtunkhwa, and our policies are being recognised and lauded. We are ready to help any state wanting to learn from our experience,” PM Imran said on Twitter.

He added that he had already laid out the priorities for the UN Climate Change Conference 2021 “if the international community was serious about countering the impact of climate change”.

US ‘looks forward to working with Pakistan’ on climate crisis

Pakistan’s exclusion from the invitation list for the summit hosted by the US had raised eyebrows, with several analysts questioning the move given the country’s vulnerability to global warming and Prime Minister Imran Khan’s focus on the environment front. Others perceived it as a snub for the country.

However, the US State Department had said that Washington looked forward to working with Islamabad on the climate crisis at different levels.

“The United States seeks to engage all countries to explore areas for cooperation on addressing the climate crisis, including Pakistan,” a spokesperson for the State Department had told Dawn when asked why Pakistan was being ignored on such a sensitive issue.

“The Leaders Summit on Climate is only one of several major climate-related events in the run-up to COP-26, which will be a global event,” the official had said while explaining why Pakistan was not invited to President Biden’s summit.

“We look forward to working with the government of Pakistan and governments around the world to raise the level of global ambition to meet the climate challenge,” the official had added.

Last week, the Foreign Office in Islamabad had hinted that the country was not invited to the White House summit because it was “one of the lowest emitters — with less than one per cent of the global emissions”.

Responding to a question on the alleged snub by the US, the FO spokesman had said: “The Leaders’ Summit on Climate Change hosted by President Biden reconvenes the US-led Major Economies Forum on Energy and Climate, which brings together leaders from countries responsible for approximately 80 percent of global emissions and GDP.”