PTI govt's federal budget for new fiscal year to be... 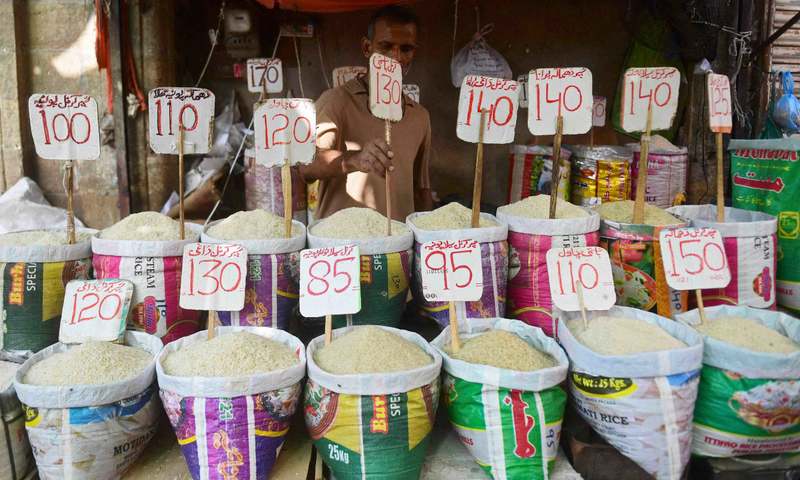 All eyes are on the National Assembly as the federal budget for the fiscal year 2021-22 will be presented shortly in the lower house of parliament.

Finance Minister Shaukat Tarin — who unveiled the Pakistan Economic Survey 2020-21 a day earlier — will present the PTI-led government’s budget. The session will begin at 4:00pm.

According to Radio Pakistan, the federal cabinet will meet in Islamabad today to discuss and approve budget proposals. Prime Minister Imran Khan will preside over the meeting.

Information Minister Fawad Chaudhry said that all of Pakistan’s economic indicators were positive, adding that the country was moving towards economic stability after a long time.

“The country’s people and institutions have full faith in Prime Minister Imran Khan which has made economic and political stability possible,” he said. The minister also urged the opposition to treat accountability and reforms separately, and take part in talks on electoral and judicial reforms.

Meanwhile, the opposition has said that it will not allow an anti-people budget and will do everything to stop its approval. Last month, Leader of the Opposition in the National Assembly Shehbaz Sharif hosted a dinner reception for all mainstream opposition parties on the upcoming budget.

Despite the current differences between the PPP and the PML-N, PPP Chairman Bilawal Bhutto-Zardari has said that the party will support Shehbaz on the budget.

Speaking at a press conference, Bilawal had said that PPP members would come and vote on the day of the budget, adding that it was up to Shehbaz as the leader of the opposition in the National Assembly to “do his work and stop the government’s budget”.

In a pre-budget seminar held last week, the PML-N had presented a dismal picture of the state of economy in the country due to the “failed fiscal policies” of the PTI government. Former finance minister Ishaq Dar also stressed the need for having a “serious review” of the economic policy to bring Pakistan out of the economic ‘mess’.

The upcoming budget for the new fiscal year is likely to be pro-growth with an overall focus on increasing expenditures.

A few months ago, the expectations were more skewed towards consolidation given that Pakistan had just resumed the previously stalled IMF programme. However, with the arrival of Shaukat Tarin as federal Minister for Finance, who categorically stated that his efforts during his tenure will be concentrated towards reviving and improving the growth rate of the economy, it is expected that the upcoming budget will target higher growth next year.

In this regard, the government has been holding discussions with the IMF to maintain its growth-centric policies, with the international body advocating prudent policies and measures for fiscal consolidation.

Editorial: The govt seems set to change the course of the economy from stabilisation to growth. But how?

As Pakistan is already negotiating for maximum possible fiscal space to develop a growth-focused budget with higher expenditure on the development side and provision of subsidies, it can be said that economic growth, improved employment, pandemic support measures and managing fiscal imbalances will be the salient features of the upcoming budget. Moreover, Infrastructure, agriculture, manufacturing sector, as well as incentives to stimulate construction and housing are expected to be on the priority list.

Although these policy goals also featured in the previous budget, what’s different this time around is that the government has achieved some fiscal space to instigate more consistent and wide-ranging pro-growth measures.

The government is targeting a GDP growth of 4.8pc for FY22, compared to 3.9pc achieved in FY21; and if achieved, this will be the highest GDP growth since FY18.

Stimulus measures following the onset of Covid-19 have already put Pakistan on a growth path. Going forward, a growth-friendly budget with an expansionary fiscal policy coupled with a low-interest rate regime is likely to keep economic activity upbeat.

To achieve higher growth in FY22, agriculture would be the core area in the upcoming budget.

Within the agriculture space, the federal government together with provinces is likely to continue targeted subsidies to farmers and may give shape to subsidies earlier announced on fertilisers, along with a few more steps to enhance agriculture productivity. This in turn is also likely to help check high food prices, which have been a major reason behind higher CPI inflation.

According to a report by Topline Securities, the government is also targeting cotton production of about 10.5m bales in FY22, which fell abysmally by 34pc to 5.6m bales in FY21. Cotton has a weight of 4pc in overall agriculture output. Moreover, to continue the momentum in industrial growth, the government is likely to reduce customs duties.

Besides growth, social safety and welfare schemes are also expected to remain in focus amidst Covid-19 and inflationary pressures, with the Ehsaas programme likely to stay in the limelight along with proposals regarding upward revision in minimum wage rate and continued government assistance in the ongoing fight against the pandemic.

It is evident from media reports that power tariff hikes are unlikely in the forthcoming budget as the new finance minister has clearly stated that masses will not be burdened with additional tariffs, while clearing up of the frightening circular debt will be achieved through other means.

The minister has also hinted that incentives will be provided to export-oriented sectors and services sectors with a particular focus on IT.

On the revenue front, targets are once again ambitious and stringent, possibly leading to an increased debt burden. The government is expected to achieve this by focusing on broadening the tax base through augmented documentation as opposed to introducing various new major taxes.

News reports also suggest that improving the fiscal health would be achieved through a focus on taxation reforms and harmonisation of taxes.

In the upcoming budget, the government is unlikely to impose any major new taxes or increase taxes, whereas it may reduce/abolish some customs duties and withholding taxes. However, the possibility of adjustments of tax burdens on higher income groups, increasing taxes on unnecessary items, and rationalisation of general sales tax (GST) cannot be ruled out.

Moreover, work towards automation of the tax system and implementation of the track-and-trace system is likely to be a key focus in achieving higher tax revenue.

Ensuring and implementing sustainable growth will require relaxation in taxes and duties while improving corporate cash flows. Many proposals have been put forth in this regard, while the government has reportedly approved a reduction in nearly 600 tariff lines spread over various industries including construction, steel, textiles, etc.

Furthermore, there has been sustained pressure by steel manufacturers to reduce turnover tax on their dealers, inadvertently opening up a new revenue stream for the government as turnover taxation discourages dealers from entering the tax net.

Non-tax revenues will also remain in focus. Petroleum levy, an important component of the non-tax revenues, is likely to remain low as the government is practising the policy of not completely passing on the impact of higher international petroleum products prices to end-consumers by taking a hit on petroleum levy.

Fiscal balance to remain under pressure

All these expected measures together are likely to keep pressure on fiscal balance. Maintaining fiscal stability and improving fiscal health while adopting a pro-growth and expansionary fiscal policy will be a real challenge for the government. Successfully striking this balance depends largely on successful negotiations with the IMF.

The actual budget is not expected to be significantly different from the commitments made to the IMF earlier; however, IMF may allow some relaxation in tax collection targets, albeit setting them close to Rs6tr.

Meanwhile, it is pertinent to mention that Pakistani authorities are presently in talks with the IMF for the finalisation of the proposed budgetary measures. There remains a possibility that some of the above measures do not appear in the final announcement on Friday, in the interest of keeping the fiscal deficit low.