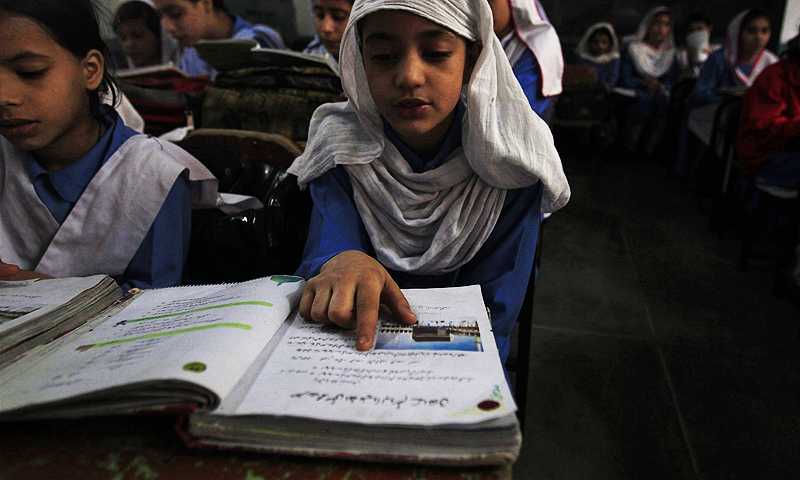 LAHORE: The Textbook Publishers Association (TPA) on Thursday demanded the government to direct the Punjab Curriculum and Textbook Board (PCTB) to issue them no objection certificate and withdraw the “hefty fee” for publishing textbooks under the Single National Curriculum (SNC), claiming it will push the book prices up further.

TPA President Fawaz Niaz said PCTB had imposed a hefty fee for reviewing textbooks published under the SNC that would result in increasing the books cost up to 300 percent.

He said under the new regime the private publishers and schools would have to pay a total Rs140,000 to the PCTB and its book review committees to get an NOC for publishing one SNC book.

He said the costs, including fees of the author and editor, paper, printing and binding, marketing expenses and office overheads, would also result in the textbooks prices, further burdening the parents.

Mr Niaz said last year the total cost of primary classes syllabus for a child was Rs4,000 that would swell to Rs12,000 if the issue was not resolved.

He said the PCTB had also formed a committee of the MUB to review every book, including those of science and mathematics.

“The members of the MUB committee have issued a direction that the words ‘interest’, ‘markup’ be excluded from the mathematics textbooks,” he wondered, saying how these basic concepts would be taught to the students if the direction was enforced.

He also said some of the religious scholars, who were members of the committee, also directed the publishers not to print any diagrams or sketches in the biology textbooks showing human figures “sans clothes”.

He said the publishers had been asked to submit five to eight copies of each book submitted to PCTB for approval.

“We have to additionally publish these copies bearing an extra Rs2,500 expenditure that would also push the book price up,” he regretted.

Mr Niaz said if implemented that way, the introduction of SNC would further strengthen the class-based education system, instead of eradicating it.

Questioning separate mechanisms in the provinces for introduction of the new curriculum, he mentioned there would be no SNC in Sindh and Balochistan, while in KP the NOC from the MUB was not required, as the job of monitoring the syllabus from Islamic perspective was assigned to subject specialists, unlike Punjab.

He questioned the hiring of highly paid subject specialists by the PCTB if they were not capable of doing their job.

The PCTB spokesperson said the Ulema Board would review the NSC books under the PCTB Act.

He warned that action would be taken against the publishers who would not get NOC from the PCTB, claiming the MUB would review only religious material included in any textbook.

He said the publishers would have to pay the book review fee and it won’t have any “considerable” effect on the textbook prices.