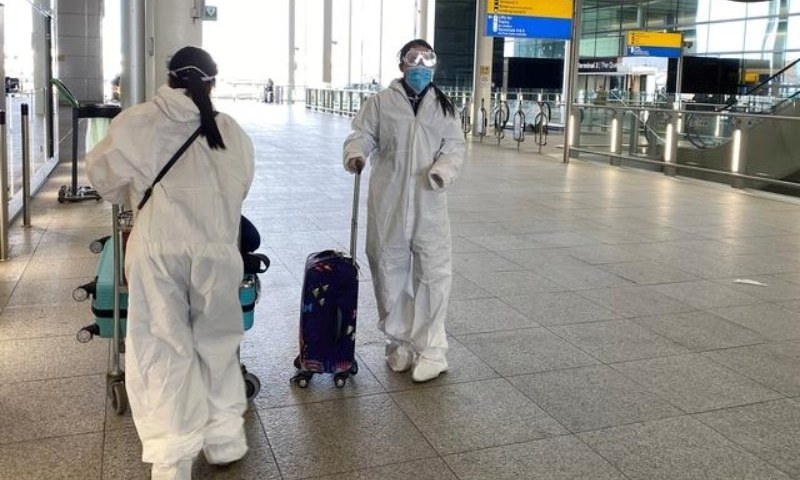 LONDON: Two High Court judges ordered the British government to improve hotel quarantine services in response to a petition for interim relief filed by a lawyer representing a British family of Pakistani origin.

Barrister Zahab Jamali filed the petition on behalf of a family of five that had returned from Pakistan earlier this month and had to follow a mandatory, 10-day hotel quarantine for travellers returning from ‘red-list’ countries.

Mr Jamali said the family at the Holiday Inn Express T4 Heathrow were served pork, not given food on time and did not have their towels and bed linen changed.

Travellers from Pakistan pay £1,750 per room for hotel quarantine.

An order made by Mrs Justice Lang DBE on April 16 to the Secretary of State for Health and Social Care Matt Hancock said the defendant should take “all necessary steps to provide larger rooms… permit regular outdoor exercise, provide suitable food at appropriate times and clean bed linen and towels”.

On April 19, when the lawyer informed the court that the government had not complied with the order, Mr Justice Henshaw noted: “I am not satisfied that Lang J’s order has been fully complied with, so as to address the genuine difficulties which the claimants appear to be experiencing in quarantine.”

The judge said it is not possible to justify a situation where the family has “insufficient food and insufficient chairs to sit on”.

It also ordered the government to act for the health and wellbeing of children and respect the families’ dietary needs as Muslims.

Mr Jamali said the hotels are charging hefty amounts and that it is “unacceptable” for them to provide poor service. “Many of the families in hotel quarantine don’t earn much and some of them are on benefits. This means that they have to repay the hotel charges to the government on a 12-month installment,” he told Dawn.

He spoke of a separate family of two who had £50 and £10 pounds each left in their bank accounts. “How will this family even pay those installments?”

Separately, traveller Asim Bilal, who is in quarantine with his family at the Mercure London Heathrow Hotel, told Dawn his family’s requests for bottled water were “turned down by hotel staff”.

The father of two, who works at a KFC restaurant, said his wife and children are not served food for hours and requests to the hotel end in vain.

“When we ask for milk for our child, it shows up after hours in a small glass the size of a coffee cup,” he said.

Mr Bilal shared a harrowing account of how a nurse at the hospital took pity on his wife and intervened to provide food to his children after repeated requests were ignored by the hotel staff.

The UK government added Pakistan to the ‘red list’ of countries effective April 9, in an effort to strengthen virus prevention as the country enters a phased reopening.