US court to hear case on surveillance of Muslims by... 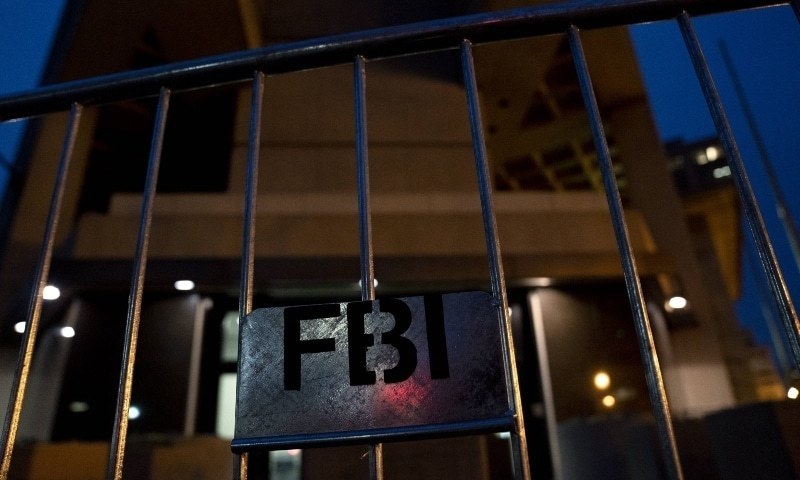 WASHINGTON: The US Supreme Court has agreed to hear a case involving a group of Muslim Americans who accused the Federal Bureau of Investigation (FBI) of illegally targeting them for surveillance.

On Monday, the court issued a statement saying that it will look at the FBI’s use of an informant to collect information from several Los Angeles and Orange County mosques for more than a year.

The Courthouse News, a daily which focuses on civil litigation, reported that the court would start hearing arguments in October after the summer recess.

The FBI argues that its primary responsibility is to protect national security and it uses this and other methods to collect sensitive information.

The case involves three Californian Muslims who allege the FBI paid a confidential informant to spy on Muslims in Orange County during 2006 and 2007.

The Council on American-Islamic Relations, which represents a southern California imam and two other Muslims in one of several cases, rejected this argument.

“The FBI infiltrated several mosques in southern California, planted informants, and targeted Muslim Americans for illegal spying solely because of their religion,” Hussam Ayloush, executive director of CAIR Los Angeles, said in a statement on Monday.

“The FBI’s actions are a clear violation of our constitution and reveal that the FBI viewed, and continues to view, the American Muslim community as second-class citizens who are suspects until proven innocent.”

The plaintiffs — Yassir Fazaga, a local imam; Aliuddin Malik and Yasser Abdel Rahim — accused the FBI of hiring a man named Craig Monteilh to gather information on Muslims as part of a post-9/11 counter-terrorism investigation.

The Courthouse News reported that Monteilh met Muslims in southern California, adopted a Muslim name and said he wanted to convert to Islam.

He reportedly encouraged people to visit “jihadist” websites, worked out with certain people at the gym, and tried to obtain compromising information that could be used later to enlist other informants.

The news agency reported that the investigation unravelled in 2007 when a mosque leader called the police because Monteilh had begun to express his readiness to engage in violence.

That June, the Irvine Mosque sought and obtained a restraining order against Monteilh, and two years later his identity as an informant was exposed, the report added.

The plaintiffs allege that the FBI was in direct violation of the US constitution’s fourth amendment, which prohibits unreasonable searches and seizures, as well as the first amendment.

A district court had initially dismissed the case because the federal government invoked national security privileges and the court agreed that continuing the case would “greatly risk disclosure of secret information”.

The court also denied an FBI petition to rehear the case last year and the FBI asked the Supreme Court to step in.