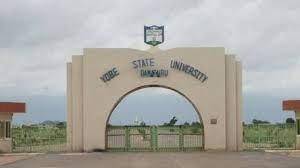 The Yobe State University chapter of the Academic Staff Union of Universities has begun a two-week warning strike over the non-implementation of agreements earlier reached between the union and the state government. The ASUU Chairperson of the university, Mohammed Jajere, who spoke to newsmen said the union’s national delegates had arrived in the state to intervene in the matter.

Some of the grievances, according to Jajere, include the inability of the government to pay members the earned academic allowance for 2020, as well as research grants, among other issues.